A Forum To Bring Suzuki Bandit/GSX1250 Riders Together Across Australia

What does everone think about a TRIVIA thread

Stuff that maybe of no use to most people but really handy to the others. Maybe a good DVD ,something they have made,seen ,heard of ,
cooked ,been too .Minor things that do not really warrant a post of there own.(like most of my stuff ,there beat you to it )
Like taking a tractor tyre up north to float your Bandit across a river to a football selection ,the taste of beer ,who's state is
better at Rugby League.

(may be not that) .Something that may make someone else say ,"why didnt i think of that".

Good idea or just post it on "off topic discussions " or not post it at all? (feeling vulnerable now )

Hey MTB, the head gasket has been leaking for some time now, I hope I have said the right thing - it is the top gasket, um OK I think it might be the valve cover gasket if there is one. Sorry.
Kays on the old tank is around the 103 000 KLMs range from memory.
Cam chain was done a long time ago - the mechanic never said anything about that, but neither did I.
It wont win any beauty prizes but she still makes me smile after I've taken it out for a quick squirt.
I'm hoping to have it done by this Sat so I can join a few mates for a day ride down to Bowen - about 400 klm round trip.
Fingers crossed . . .[/quote]

Thanks MTB. If you lived closer I would take you up on the offer.

We went for this ride before we copped 250mm+ of rain. A very good day all round.

I'm still saying the Ride and Event section ( the big section ) is a wast of space . Check out the dates on the last entries . One is 2015

I rest my case .
Should be just Events . I do believe we have vehicles that can cross borders safely . 2015 ,still think that's funny

I suppose if ever those threads got busy , it saves fishing through loads of posts to find what you are after .

Both of these things come in a posh box: a Rolex and what British soccer star? (David Beckham)

Anyone notice the Trump V Storm affair got knocked of the front page by a cricket scandal . Brilliant move Donald .

( or maybe it was just an alternative truth

Just now literally ordered a Delkevic exhaust from USA via ebay. $230 delivered.
My OEM exhaust rusted the end cap off, was rusting internally from what I can see and it was starting to sound like a tank, kind of funny cause I call it a tank.
Bit excited as I don't buy from ebay normally. . . had to get a younger family member to help me.

The eggplant did it .

@gus wrote:The eggplant did it .

@gus wrote:The eggplant did it .

Have you guys seen this?

I've come across this, available as an App for iphone and android as well as web-based.

You can specify a 3metre square anywhere in the world with 3 words, unambiguous and easier than coordinates.

I can see it being useful to specify the meeting point for a ride or if you need help, a location on a long road in the middle of nowhere.

As and example we start a lot of rides at espresso.corrupts.celery ! 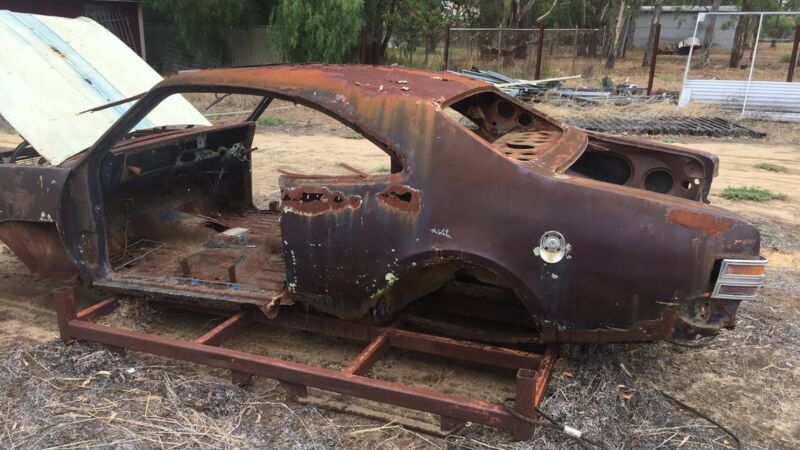 This lad will fix it

Not many tradesmen left able to do that type of work .

This lad will fix it[/quote]
Not many tradesmen left able to do that type of work .

Now we just need someone to tell the weather

For those that don't have facebook or just missed it, I recently got back from a trip. On 4 wheels, 6 if you count the camper.
Anyway I though some would be interested, I caught up with a few of our long-standing members, sorry if I slipped past some this time around.

Here is a rough map as I ran out of way-points, the final tally for the 5 weeks was 10400 km with side trips and some more touristy routes.

Good trip outback - How was the Isa? (my old stomping ground

Still got some holidays left before I have to work.

Rock is great, sharing it with the all the other Tourists not so much. The Olgas are just as nice.

@truck wrote:Good trip outback - How was the Isa? (my old stomping ground

I previously visited the Isa in 1980 not too much had changed. It might have been interesting to go to Julius Dam and see if there is more there now than a lake and a caretaker probably not, as it is a bit far from town. Every where was hot as they had a burst of early Summer.
_________________
Cheers Peter